With all these new foreign boys coming into paradise, it seems to be the Australians Vs Americans, with no alliances forming between the two sides. Just to add to the mix, early in the episode we welcome another American by the name of Jared. Kind of height challenged but his identifier is more like that tooth sticking out and the tablecloth shirt he is wearing, what an interesting choice.

We agree with Tara though, it is starting to feel like Bunnings on a Saturday in paradise, plenty of sausages. 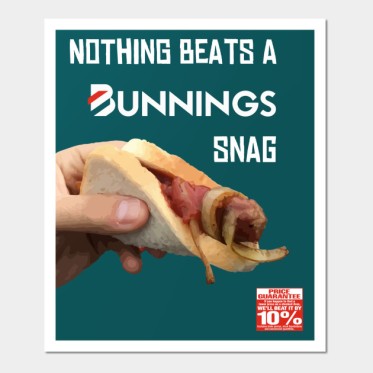 As new boys do when they come into paradise, they have a chat with every girl in private to see who they are going to take on their date, and Megan did not vibe with American Jared at all. It is pretty obvious from her body language and lake of flirting.

Even with all of this, Jared asked Megan on the date and she asks to have a chat before saying yes since she feels no chemistry with him but he manages to half heartedly convinced her to go. Going on a boat and being king and queen of the ocean. Of course this shakes up Jake but no worries, it is such awkward conversations. Let’s just say that the date ends in a friend zone kind of scenario.

Ali is now a free agent since she got rid of Mack and Michael in last nights episode, and she openly admits to the group that she already likes someone else, hinting that she is into firefighter Grant. He previously went on a date with Leah but Grant can see the different between Ali and Leah. They have quite different views on what they want to get out of this experience, and Ali is finally feeling the spark she was after.

Nothing is hidden in paradise, with Grant and Ali taking a swim in the beach and Leah is not happy watching from above with a few others, as they cuddle and hold hands and be all cute.

Nina asks for advice from Ali since she is torn between Eden and Daniel. They offer different things, Eden is familiar and easy to be with but Daniel is new and exciting yet is also talking to many girls. So the plan: to talk to them both and see what’s up. Nina is worried she is going to hurt herself emotionally in all this drama.

Keira and Daniel are feeling a connection and vineyard Jarrod is fuming that he has another girl stolen from him. He is also a bit upset since he thinks he is being played by Keira, who seems to be playing the field and flirting all over Daniel, and all of these reasons makes him want to bail from paradise. Jarrod has given up so much in his life to go on the show and it is all very emotional for him, making him go sunburnt red when the tears start flowing.

Daniel is playing all the girls in hopes to get a rose at the upcoming ceremony. It is not only this that is super annoying but why is he always tensing his muscles. Didn’t realise that paradise was also a body building competition to show off his definition. We get it, Daniel is a machine, with no heart.

We have heard since she arrived that Ali was going to be very hesitant to kiss anyone unless she was sure, and she must be very sure of Grant so far since they are kissing and being all cute. She really must be falling for him. Ali looks 100 times more relaxed than a few days ago with no love triangle and boys constantly following her around.

Keira is back talking to Australian Jarrod since Daniel is now talking to Nina. Keira is apparently scared of being vulnerable and getting hurt by Jarrod but there still is that kind of spark, and they finally have a pash. Can we just remember that literally 10 minutes ago he was almost about to bail on the show. What a flip. Little does he know that Keira is still looking to see what’s out there and likes Daniel more, although Jarrod thinks that him and Keira have the best connection on the island (what a joke).

Just to add a bit of extra drama on this rich delicacy, Keira turns around and kisses Daniel behind closed doors. What a hoe bag she is being. To then later tell Jarrod that she isn’t into him and he is back being mad for being played. He found out that she kissed Daniel and he’s red-ometer is off the charts. Who knew his complexion was that respondent.

Leah thinks that Grant is a total douchebag but is looking at Michael again for a potential relationship. Just to lighten the mood we see him stack it on a stand up paddle board which is exactly the short break we needed in all of this drama.

Osher suited up for the announcement of the next rose ceremony, why can’t we see more of that gorgeous man.

Girl talk with the ladies (Laurina, Keira and Nina) who are interested in Daniel, since apparently he is a ‘hot commodity’ in paradise. What is everyone feeling about him and their situations and who, if anyone, will give this player a rose.

What is Grant wearing?! Do we love or hate his matching floral pyjama look? It wouldn’t suit anywhere but paradise.

Tensions are high since paradise has been shaken up and not many boys are sure they are going to receive a rose. This is going to be interesting.

Spread his man eggs around? Ergh Daniel you are a dick. At least he has a shirt on and we won’t have to see him show off his only achievement (pressing gym weights). Will he show a personality now if he has one? Daniel is good at bullshitting and saying exactly what everyone wants to hear, and is called out for being bad at communication and eye contact by Eden. Thankfully when Eden is chatting with Daniel, Sam is talking some sense into Nina to not give her rose to a player douche.

Just to compile the events of the rose ceremony after the whirlwind of an episode, I am making it super easy to follow:

Of course the solid couples chose each other.

Ali chose Grant (they are so loved up so quickly)

Daniel thinks he is getting a rose from Laurina and she gives her rose to American Jared. At least we might get to know him a bit better.

Keira is last to give out her rose, having to choose who goes home. She finally chose wisely by going with Jarrod.

This leaves poor Mack and Blake to go home. We are not sad in the slightest watching Daniel leave. What a prick. I don’t want to talk about how mad he made me so I was quite happy to see him go. At least he brought some drama and entertainment to the show.

There was an error retrieving images from Instagram. An attempt will be remade in a few minutes.